I’ve decided to write this post a few hours after I just finished my last post as it ties into what I was saying there. In my last post I talked about being locked out of your home. One of the options was to smash a window to get back in and then calla  glazing company the next day to get things fixed.

So lets say you did this as you were not thinking. As for some reason at 3am when you came home you didn’t want to call a locksmith because you wanted to be in bed 10 minutes ago. Or your drunken logic justified that breaking a window would be cheaper than calling a locksmith.

So, as an ex-locksmith I worked a lot with glazing companies and did glasswork myself. The two go hand in hand. A lot of locksmiths are trained glaziers and a lot of glaziers and trained locksmiths.

So what are your options? Well in Bournemouth it’s well worth getting double glazed windows. I wouldn’t got for triple glazed as the cost is not worth it for temperature we have on average. We don’t deal with deadly cold minus temperatures in winter. And single glazing, well, it’s just not something I can ever recommend.

So Why Double Glazing?

It’s quite simple really. It cuts costs in the long run by reducing heating and cooling bill as the windows insulate you house in such an energy efficient manner. The reason for this is due to how double glazing actually works. And to describe it in a simple way it’s just two panes of glass instead of one. When the cold air outside hits the glass it transfers through into the air pocket between the two panes of glass and has no where to go. So in winter you home stays warm and in summer it stays cool.

This doesn’t happen with single glazing. It’s not the best example as other factors are at play with a car but think about a car for a moment. The windows of a car are just one pane of glass right. So when the heat or cold hits the windows it transfers right into the car.

You can’t over-emphasis this stuff. Double glazing is expensive, it’s not cheap like single glazing. So many studies have been done to backup the fact that double glazing is worth it. And it’s pen to paper fact that it’s worth the cost.

How does saving at least 30% on your energy costs sound over the long run. That works out to about a £200 saving per year. Over 30 years that’s £6,000 or an extra cheap holiday to someone in Europe every five years. Well worth it! 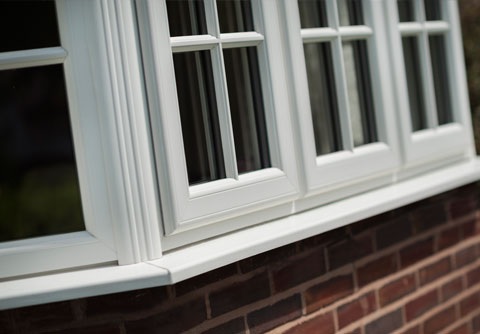 The average cost for double glazing is about £400 per window. The more windows you install the bigger the discount will be. Some providers might go lower into the £300 range per window and some might go into the £500 range but £400 is average. This is what Abacus Glazing – double glazing, windows, upvc, installations and repair generally quotes out. The same company I mentioned in my other article but the glazing side of things.

So keep this in mind if you are going to get quotes from different double glazing providers and don’t expect something cheap like £100 a window as that wouldn’t even cover costs for material let alone their time. Of course you could always order the uPVC windows online and then hire a handyman to do the installation if you are on a budget and need to save some cash.

So there you have it. I hope this article has helped you make a choice on if you want to get double glazing installed.
– Daniel